So far every site "leaks" about the same info which is known for months. This is why i decided to summarize all the info I gathered through my sources at Apple and various trustworthy websites and people.

1. iPhone 5 will have round (3G, 3GS like) back. Very similar if not the same as the chinese iPhone 5 clone seen in the following picture.

2. iPhone 5 will have new A5 CPU - it is know to be next generation Cortex A9 Dual Core CPU - contains much faster dual-PowerVR SGX 543 graphics processing unit, and generous on-chip DDR2 memory.

4. Qualcomm GSM/CDMA chipset - more energy efficient than the Infineons used today. Exact model of the cihipset is still unknown. LTE will not be supported by this chip. LTE support will be included in later model of iPhone

5. Larger(rumor) and faster(not rumor) flash chips - I heard that they will include latest Toshiba chips in iPhone 5 (which is a rumor), and largest iPhone 5 model will have 128 GB of memory inside.

6. Tottaly redesigned antennas - they have learned a painful lesson from iPhone 4

7. Display - IMO it will remain the same. Apple is testing new technologies Super-AMOLED and something that they call "Next Gen Projection-Type Displays" . Also they invest in Toshiba and Sharp factories as their new diplay suppliers. Also they will continiue to use LG for displays as well becuse they have 5 year contract which expires january 2014. Apple will remove the home button in a future iPhone model which will make the screen reach 4 inch.

8. Software - right now Apple test iOS 4.3 on iPhone 5, but it will not be shipped with it for sure. iOS 4.3 will be out in March for the supported devices. Most likely it will recieve later update of the OS considering it will ship at best in August 2011.

iPad2 brief news - basicly same changes apply there as well, A5 CPU, higher resolution and DPI display, but not near RetinaDisplay DPI. Apple will probably make it Retina in next ipad.

First i heard from a friend about iPhone 5 was that it will be a refresh model like a 3G and 3GS, but after i have found out the specs it will be more like a huge hardware upgrade.
Posted by xplode at 13:52 1 comments

Digg founder Kevin Rose today noted that he has received information from a reliable source indicating that Apple will announce the second-generation iPad within the next 3-4 weeks, possibly on February 1st.
I have it on good authority that Apple will be announcing the iPad 2 in the next "3-4 weeks", possibly Tuesday February 1st. The iPad 2 will feature a retina display and front/back cameras.

In an update to the post, however, Rose notes that another source has indicated that while the display on the second-generation iPad will be of higher resolution than on the current models, it will not be a "Retina" display of the resolution seen on the iPhone 4 and fourth-generation iPod touch. A number of observers have noted that an iPad display at "Retina" pixel densities would be extremely difficult to achieve given the horsepower necessary to drive a display in the range of 2560 x 1920 pixels as would be required.

Rose has offered some accurate information over the years, most notably pinpointing a number of details of Apple's September 2008 iPod refresh. He has missed on several other predictions, however, suggesting that some caution should be taken with his most recent claims.

Rumors of a new iPod announcement come as Verizon is reportedly set to announce next Tuesday that it will begin offering the iPhone, with several reports pointing to an early February date for availability. It is unknown when the second-generation iPad would become unavailable under the scenario of a February 1st introduction, although many observers assume it will be close to the late March-early April timeframe of the original iPad.
Posted by xplode at 13:18 1 comments 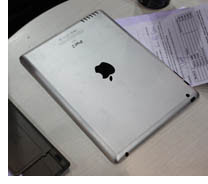 A rear shell purportedly from the second-generation iPad has been spotted at the 2011 International CES within the iLounge Pavilion. The shell, which has been marked by developer Gopod Mobile with “iPad 2” and “128GB” logos that would not appear on the actual device, is being shown paired with an iPad 2-specific foldable rechargeable battery pack developed by the company, and depicts the revised device’s redesigned curves, ports, and cameras; it is said by Gopod to represent the actual appearance of the as-yet-unreleased thinner and slightly smaller iPad. 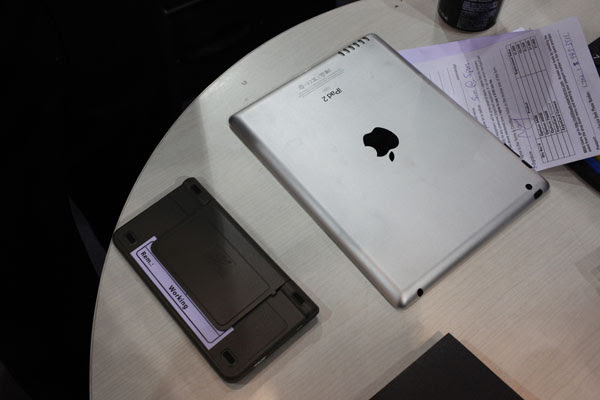 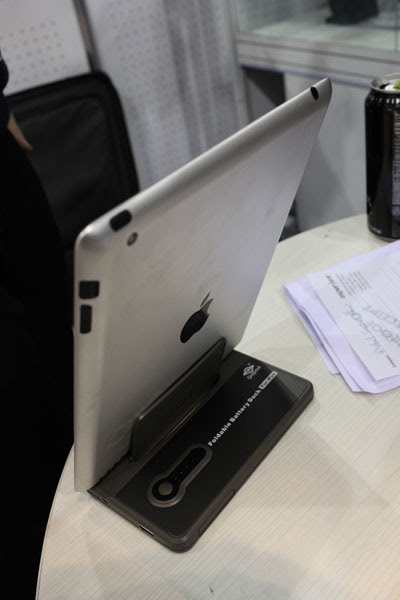 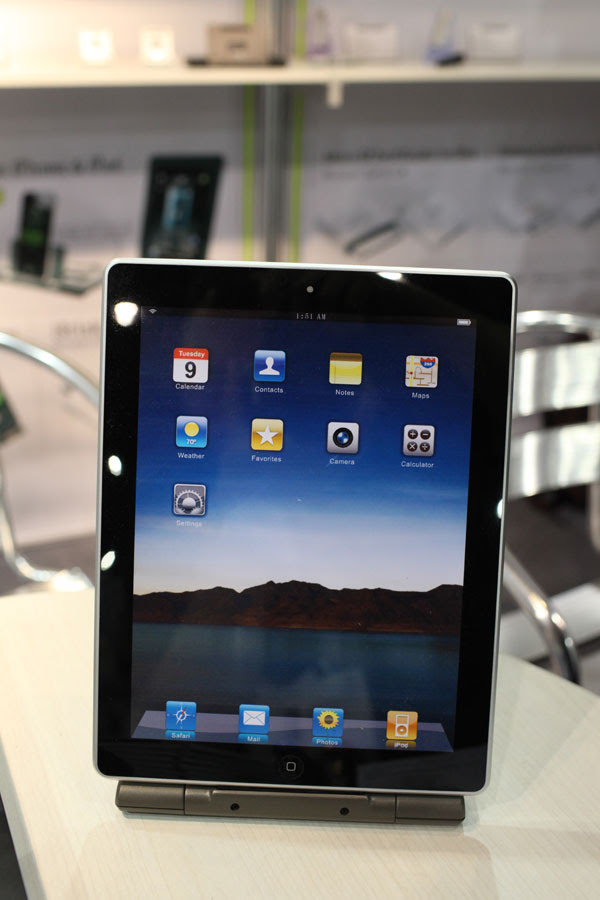